My excuse for this years-long break in my career chain is coming to an end.  The boy who is chasing dreams on the ski hill will soon be chasing different dreams at college.  He doesn’t need me for moral and nutritional support the way he once did (although the financial requirements continue unabated).  It is time for me to reclaim my life.  I march back to Denver, where I think I might find it.

A former professional, hard-driving (that’s a nice way to say it) attorney, I jump back into the fray of what I used to do.  I put myself out there, my resume listing all the great things I have done for past employers in embarrassingly measurable detail.  I shore up my self-confidence and submit myself to an interview for essentially the same job I once had.  I am in a video-conference site (because that’s what the cool recruiters have you do these days) and look at the image on the screen of the woman who would be my boss and I just don’t.  I don’t want it.  I don’t care about why she should want me.  I see the few-years-ago me in her and I am sad.  I do my best to feign interest and enthusiasm, but we both know my heart isn’t in it.

The last half-decade of my life living in the Colorado mountain air has changed me.  My heart is different.  I am softer, more of a mother, less of a shark.  I have volunteered in classrooms, hiked with friends to talk about tough life stuff, given more hugs, been more present. I have ridden my bike over mountain passes and back, breathing in both oxygen-depleted air and God’s beautiful creation.  I’ve listened to a lot of country music, along with the boy’s hip hop and (truly awful) gangsta rap. I have been surrounded by people who made choices to be happy with less, live in the moment, enjoy the sunshine and be grateful for fresh snow.  I have sat, tears flowing, in a gym where young hearts mourned the loss of a 15 year old boy who had personified life.  I have loved more than I have ever loved before.  The long-term growth objectives of a corporate non-entity just don’t carry the same level of importance that they once did.

I head to a local organization that works to prepare public high school kids for college.  My spirit is bouyed by the hope, fears and futures reflected in their eyes.  I answer their questions about what it takes to be an attorney, while secretly praying that they won’t lose themselves in the process.  I remind myself that they are not me.  Their paths will be unique.

I recognize that I must shift gears to match my new self.  I don’t know what that means.  I don’t know how to change course in the middle of life like this.  Is it doing what I did before but in a different way?  Putting this new skin of mine to good use as a more effective me?  Is it a new direction altogether?  Do I become the book store-lurking, public radio-working person Randy Newman sang about.  (If only I could write lyrics like Randy…)

Apparently I just can’t pretend to be the person I once was. Time to put on my big-girl panties and figure it out, because getting back in the same old saddle just doesn’t feel right.

Social media is a conspiracy to make me feel inadequate. It is the organized mafia of high school cliqueish-ness.  A self-evolving, Star Trek-y Internet Borg designed to suck unsuspecting souls into its web of information overload, hashtagging its way across the universe. 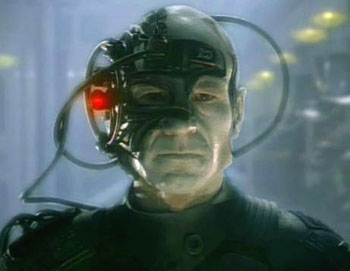 I am a colossal failure at it.

Facebook is for old people and therefore generally manageable for me, ancient that I am.  In the olden days, 18 months ago, I’d get a lot of useful information about friends and family, keep up on their kids’ lives, see wedding pictures of distant cousins and get an occasional upliftingly cheesy message about living life to its fullest.  And it was all warm and fuzzy.  But my newsfeed is more little advertisements, recommended pages and political snarkiness than it used to be and I have to scroll down a long way to get to the meaty parts with my friend’s backpacking pictures and cute kid videos.  And it is all just a touch overwhelming.  But I feel like I have to stay up with it because I might miss a post of someone I hardly knew in high school but who has a pretty awesome life and I like the little window of connection that we share.  Sort of like a mini soap opera but in real life.   So I keep scrolling past all the crappy stuff to stay up with her latest happenings.

Several years ago I opened a Twitter account to follow one specific person from a past job who will remain nameless. (Unless you go to my Twitter page (my terminology may be off here) and see who I follow and you might be able to figure it out who it is.)  I wanted to see how outrageous this unnamed person would be.  Turns out it wasn’t as exciting as I thought it would be.  I haven’t Tweeted since December of 2012.  I have exactly eight followers.  It says I’m following 21 people, but I haven’t looked at my Twitter feed (?) for two years, so I don’t think “following” is the right term.  And yet I feel like I should be a Tweeter and tell my 8 followers what I’m up to and what I think about and all that and so I feel a little bit bad once in a while that I’m not better about oversharing.

And I have an Instagram account because sometimes my son posts cool pictures there and sometimes it’s the only way I know he is alive and well when he is on a trip somewhere (because he doesn’t do much with Facebook because Facebook is for old people).  I get on Instagram from time to time because I like seeing people’s cool pictures.  I have exactly 16 followers and I follow 40 people.  I have posted 19 pictures, the last one was my kid holding a drumstick on Thanksgiving.  #proteinrocks

I don’t understand the point of Snapchat, except that it seems to be the source of endless amusement for my kid.  I’m older than 18, therefore Snapchat is beyond me.

Pinterest.  I tried to sign up for Pinterest about a month ago when I wanted to see a recipe for vegetarian something that was there somewhere.  I couldn’t do it.  I tried. Really. It kept telling me I had to click something to activate my registration and so I clicked it but then I was just stuck in an endless loop.  I now get little taunting emails from Pinterest telling me about great “Pins” that I should check out or that my friends have on their board(?).  By the way, how does it know who my friends are? Creepy.

I haven’t had time to figure out Google+, although my sister and her daughter both show up as being in my circle???

There are a lot of other sites, of course.  If there were truth in advertising, they would have names like:  Time$uck, and IfYouWereCoolYouWouldBeHereAndKnowThis  and KidsKnowAboutThisPlaceButTheirMothersNeverWill.  Since I am such a failure with the handful of social media sites I have attempted to interact with, I have come to terms with the fact that I will never be one of the hipsters out there Dribbling and Tumblr-ing and Vine-ing.

It seems to me that the Internets are absorbing the next generation into some great warped reality on the fringe of obsessive information overload.  Wouldn’t that be anxiety producing?  Maybe I’m projecting my own insecurities onto our future movers and shakers.  Once again I channel my grandmother:  “Young people today . . .”

Since I started blogging, I have gotten a lot of helpful advice from other bloggers who want me to engage them to enhance my “online brand presence.”  I could use the help, for sure, given the extent of my ineptitude.  But part of me doesn’t really want to be out there yelling into the internet universe all the time. I think I’m ok being an out-of-touch social media fail.