Like much of the country, Denver’s high temperatures were in single digits this week.  So when my hubby, out of town since last weekend, mentioned that he had turned the heat off in our Denver apartment before he left town because the furnace was acting up, I was a little worried. Our apartment is drafty.  It sits on top of a bunch of garages and shares no common walls with any other building.  Hmmmm.  Frozen pipes were a distinct possibility.

I called the management company from our home in the Vail Valley to see if they could send someone over to check on it.  The answering service, 1-800-Not-In-Denver, did not instill confidence.  My son was scheduled to catch a flight out of Denver the next morning, and we had planned to drive to town that night anyway.  The roads were icy and the highway had been closed on and off all day.  We loaded up our beast of a truck, including our little dogs, and headed east.

White-knuckle driving most of the way, we made it down in one piece.  We climbed out of the truck and it was frickin’ cold.  Three degrees.  You know the cold that freezes the inside of your nose?  That.  We walked into the apartment and it was 35 degrees inside.  Thankfully, no frozen pipes.  We turned on the furnace, got the fireplace going and ran around turning on everything else that could generate heat — all the lights, the TV, the clothes dryer.  We collected hot water in the bathtub and sinks and boiled water on the stove.  We huddled in our ski jackets until it was time for bed, when we climbed under mounds of blankets, the puppies as close as they could get.  It had warmed up to 45 by then, but it was still so cold.

The next morning, the apartment was cozy warm again  We took the dogs out for their morning ritual, and they awkwardly picked up a frozen foot at a time, hobbling around in the snow to do their business.  My son made his flight and I was left in Deep Freeze Denver.  As I drove through town, I thought of how wicked the cold had felt, especially when we knew that our apartment wouldn’t offer much relief.  Even at 45 degrees, it had been a shivering way to go to bed.  But those blankets did feel good once I had cocooned inside them.  I pulled up next to a man on the corner, holding a sign for help, and felt a pang.  He had on a coat, thin gloves and tennis shoes.  I wondered if his fingers and toes had gone past hurting and were now numb.  I wondered how he got through days on-end like this, when the sun never came out and the temperatures never reached above seven degrees.

Later, I drove through downtown on my way to a lawyerly happy hour event, and noticed racks and racks of fluffy down coats in the hugely lit up Patagonia store.  A few customers milled around inside, none of them seeming like they really needed a new coat.  What must that look like to a homeless person, peering up from beneath a ratty hood, their very bones chilled to the core?

The local news channels keep telling people to bring their dogs in from outside.  It’s too much for them.  Don’t be cruel.  And yet, there are members of our society outside all day and all night, in this brutal cold.  I cannot fathom what that would be like.

When I worked in Denver, years ago, I developed a thick skin when it came to those beggars in the street.  They were druggies and alcoholics.  If I gave them money, they would just spend it on more drugs or alcohol.  I would be contributing to the cycle.  Better to write a check to the local shelter.  But this morning, as I headed out of town back to our warm home in the hills, I rolled down my window and handed the guy on the corner a few bucks.  Try to get warm, I said, at a loss for more meaningful words.  He smiled in thanks.  Maybe he will just put it toward a bottle of whiskey or another hit, or maybe it will put some food in his stomach.  Either way, I hope it helped even just a little bit. 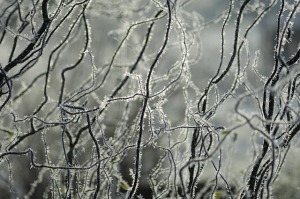