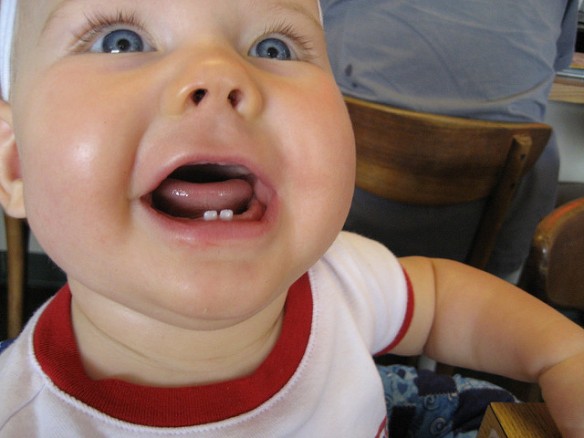 When my son was in day care years ago, he came home with bite marks all over his back.  I was shocked, outraged, disgusted.  Was he spending time with children or animals?  The caregiver patiently told me that it’s a phase that toddlers go through and that they were aware of it and working with the children to help them learn it isn’t okay to bite.  In a few weeks, my own son was biting other children and me, I suppose to vent his frustration. We got through it.  You can’t expect a small child to be rational, so you deflect and say no-no and wait for his little brain to develop some more.

I fear that our society is comprised of a bunch of toddlers, lashing out at-will and with great eagerness.  When news of the gorilla incident hit the airwaves this weekend, outrage instantly erupted against the kid’s mother, the zoo, the kid, the designer of the zoo and his or her mother, the manufacturer of the gun that killed the gorilla, the trees that line the road to the zoo … virtually anyone or anything was fair game for blame, attack, disdain and hatred.  Internet discourse is now the stoning of Biblical days. Kill the heretic that we only just heard about!  There is only Good and Evil and [insert here] is deigned by me to be Evil and must be beaten to a pulp.

We have heard all the theories about social media, the internet, video games, music, ISIS or  global warming causing our collective psyche to have a hair trigger, to go to the extreme on a moment’s notice, to riot at a political rally, to cyber bully just to get clicks.  All of those theories may have validity, but I’m sick of the excuses.  It’s time to take back our rationality.

Sometimes bad things happen and there is no one to blame.  I know, it’s shocking that I, an attorney, would be an advocate for the “shit happens” philosophy.  But sometimes, that’s what you’ve got to work with.  Tragedy occurs and there may not be a villain to attack.  Sometimes someone makes a mistake.  There is no bad intent, there isn’t even negligence.  It happens.  We may be sad and angry that a bad thing has happened, but there may not be a bad guy.

And get this, sometimes someone can have a viewpoint that differs from yours and it doesn’t make them a bad person.  It doesn’t make them stupid or irrational or bad.  It makes them human.  Here’s a shocker:  we can disagree without hating each other or threatening families and dogs. (Yes, this happens to people in the public eye everyday.  Their lives and those of their families and pets are threatened because they support a given candidate or cause.  What is wrong with this picture?)

Sometimes people do have bad intent.  Sometimes people are evil.  That’s why we have law enforcement agencies, a free press (well, if you roll all the news sources together we may approach some level of the truth) and a court system designed to ferret out people who do bad things or act recklessly and hold them accountable. I know, these institutions are not perfect and sometimes they make mistakes and are the wrongdoers.  I get it.  But let’s take a breath before attacking.  Let’s wait to learn some facts before assuming the worst.  Let’s consider that someone’s opinion is just that and not a plot to take our freedom.  Let’s turn our attention to mending the fabric of our society rather than leaving bite marks on each other.  Go to your time-out chair, people.

1 thought on “Zero to Hate in a Flash”