I forget how weird we are. At dinner the other night, our friends in Denver were remarking, again, on the monumental choice we made by moving to the Valley four years ago.  You’ve heard about people who sell everything and become RV nomads, with kids in-tow?  Or the executive who, after getting out of the slammer for insider trading, is now happily mowing lawns in New Jersey?  To the folks who knew us way-back-when, we’re like that.  We might as well be living in a shack on a Chilean beach, our hair in dreads.

Flashback to 2010.  We lived in Denver in a suburban McMansion.  I had a high-powered, high-stress career.  My husband had a successful consulting business.  My kid, in 6th grade, was fairly normal.  He loved sports.  His two main passions were ski racing and lacrosse, and he was drowning in one of Colorado’s best private schools.  Balancing his already demanding training and travel schedule with the aggressive curriculum was next to impossible for him.  Our choices seemed to be to take him out of racing, his true love, so that he could focus his energy on surviving school, or to move him to Vail where the ski academy would let him continue to race in a more supportive environment.

We couldn’t take away his true love.  We jumped, with both feet.  There was no halfway.  We enrolled him in Vail Ski and Snowboard Academy.  At the time, it had four classrooms crammed into a corner of a middle school in Minturn, Colorado.  He was ecstatic.  We were terrified.  Were we letting our kid become a ski bum?  Had we destroyed his future by over-indulging him in pursuit of a nearly impossible dream?

Our friends and colleagues in Denver looked at us in horror when we shared our news.  What the hell were we thinking?  Vail is where they have their vacation homes.  They come up for a weekend here and there.  Do people actually live there?  Can they converse?  Do they have all their teeth?  Yes, yes, and mostly.

We settled into a community of people who were as certifiable as we were.  Some even crazier.  Some moved half of their family here, one parent in Vail and the other back east, making the money.  Some gave up their professional jobs in Elsewhere, USA and became ski instructors and bus drivers so that their kids could live here and pursue their passions.  Some, like us, teeter between Denver and here. 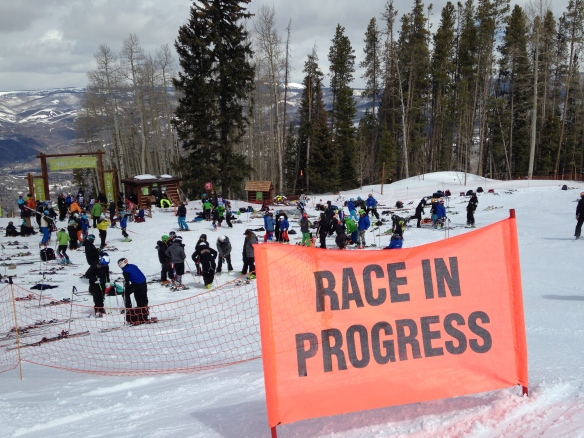 Together, we live a vagabond life in the winter, following the race circuit, dragging around tuning benches and six pairs of skis, standing on the side of a mountain in a blizzard watching the kids battle the hill.  In the summer, we send them off to places like Oregon, Chile and New Zealand to continue to ski.  Living in Weirdo Land, I forget how strange we are, until we see our friends from Before and they say things like “monumental choice” when referring to our decision to move here.

We gave up a lot, but we also got a lot.  We got a kid who found his right place in the world.  We got a family that spends time together and shares experiences that most people don’t even dream about.  And, big bonus, we got to live in a place that is spectacularly beautiful. 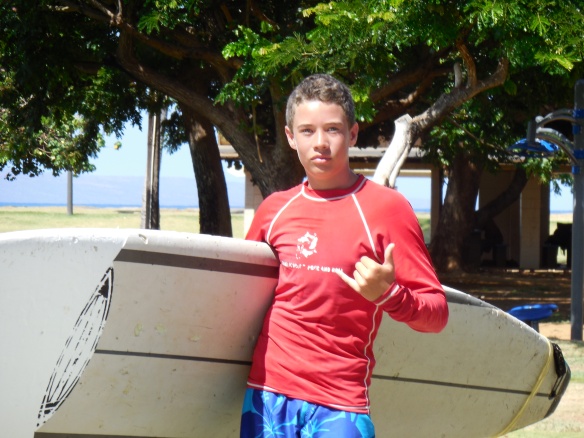